I loved Nicaragua. Loved it.

It was the same situation as El Salvador, totally unexpected! I think because I was travelling with a tour group, I hadn’t gone to as much effort to look into the places I was going because I knew it was all going to be looked after for me. Lazy tourism on my part, won’t be doing that again!

We went to Leon first which is such an interesting town. It’s full of history and I highly recommend that you take some time out to learn some of that history. Our first morning there, are few of us got up early and went exploring. We went onto the roof of the cathedral, which was incredible. Views as far as the eye could see, stunning architecture, and everyone is walking in their bare feet so as to not ruin the white roof. It’s incredible. The cover photo of the video above is one of my favourite photos from all my travels. 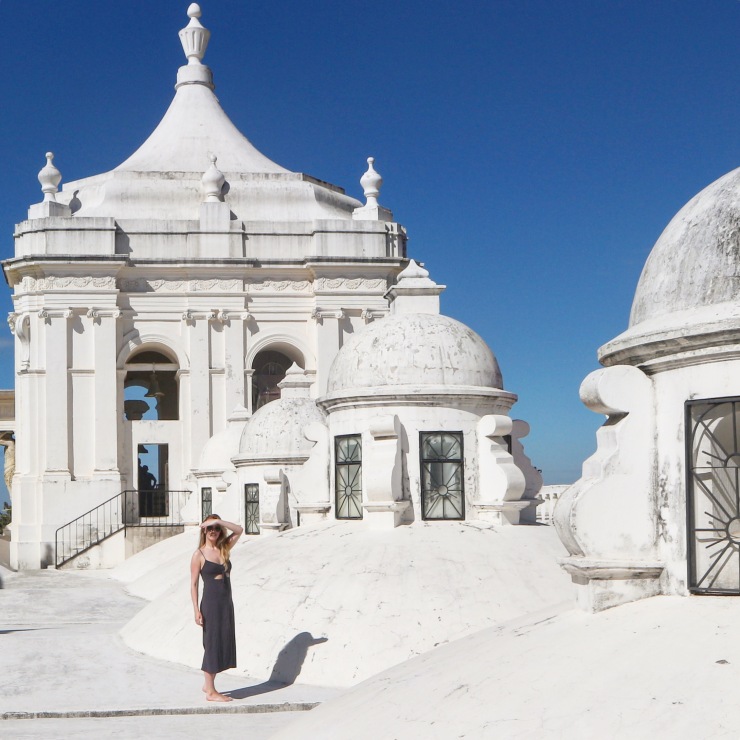 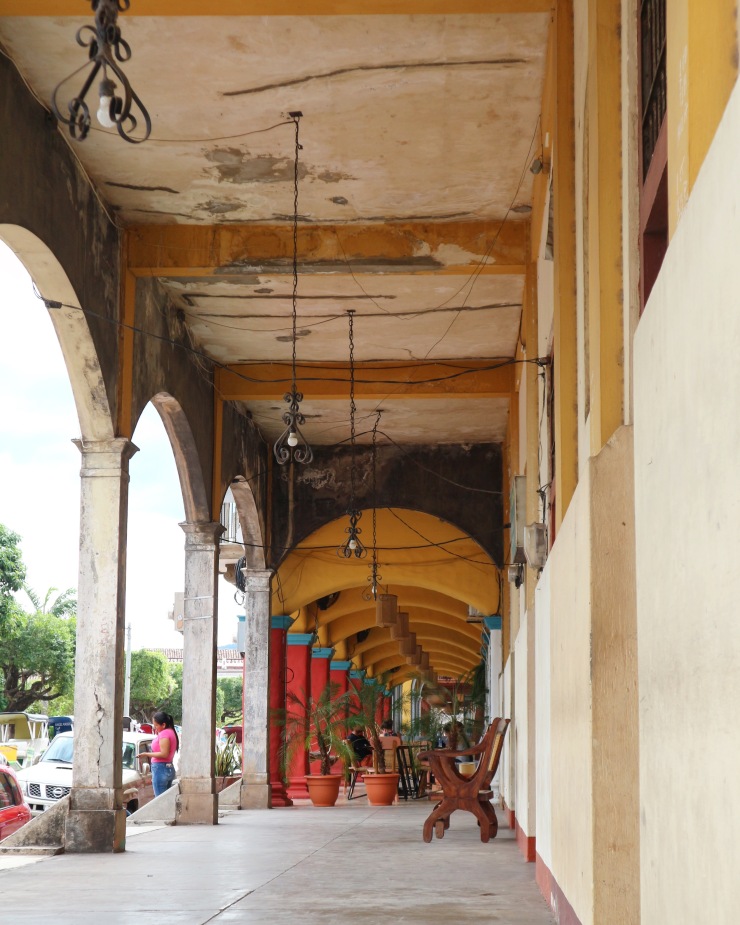 Afterwards we went to the Museum of the Revolution which was so interesting as well as being totally heartbreaking. Our tour guide was incredible as he spoke about how the revolution affected his family so profoundly. He was a guerrilla soldier in the revolution against the regime in Leon. There is so much history in the building and so many photos, posters and articles about that time. It’s a great way to learn about the history for Nicaragua by the people who lived it. Afterwards, we were brought onto the roof of the building. Two roofs in one morning! It was in total disrepair. To be honest, it probably wasn’t safe for us to be up there! 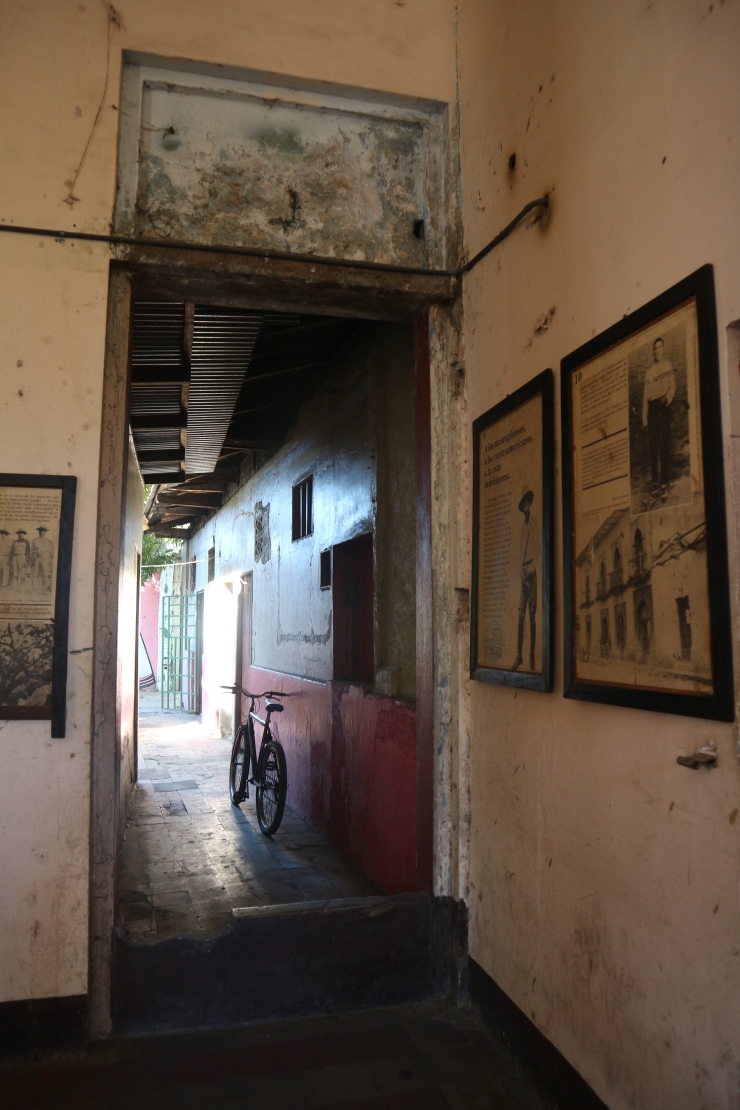 There’s a lot of cute cafes and shops about. We went to one ice cream place about three times, but each time it was closed! There are plenty of other options though, I can’t really remember why we were so hell bent on going to that one particular ice cream parlour… There’s lots of day trips you can do from Leon. You can do volcano surfing on a nearby volcano. We were told it wasn’t worth it as it’s a lot of trekking up a volcano for a 20 second journey back down again, but maybe we were just talking to the wrong people, so definitely look into it too if you’re there, you may get a different opinion. 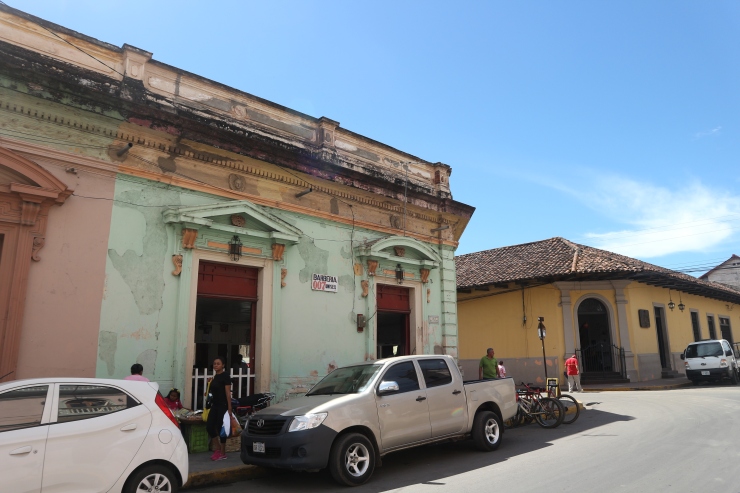 Next we went to Granada for two days. We did the ‘No Rush Tour’ which is an all day tour of Granada which brings you on a bus around the city, to the markets, a boat tour, a trip to a hotel resort for lunch and water activities on a lake in the middle of a crater, and a night time visit to the volcano. It’s such a funny day! Word to the wise, be careful with the rum punch. It seems harmless, but that stuff is strong! And when you’ve been drinking it since lunch, things get interesting. To be honest, I was so tipsy I barely remember the volcano at night! Embarrassing I know, but I try to be honest here. The tour was such a great day and we got to see so much of Granada in a short space of time.

Next we went to Ometepe Island which is an island made of two volcanos in the middle of a lake in the middle of Nicaragua. It’s a bit tricky to get to and the ferry across to the island feels like it takes about 5 hours, when in reality it’s about 2. And that’s for the fast ferry by the way. It’s hot, crowded and pretty dull. You’ve been warned. The rocking of the ferry made everyone either feel sleepy or nauseated. When you get to the ferry, try to get on as quickly as possible so as to get a good seat in a place where you can keep an eye on your bags. The ferry we were on had a place that you could leave your bags beside a sliding door. However that sliding door was being held together by a loose piece of rope. So I kept my bags with me the whole time! 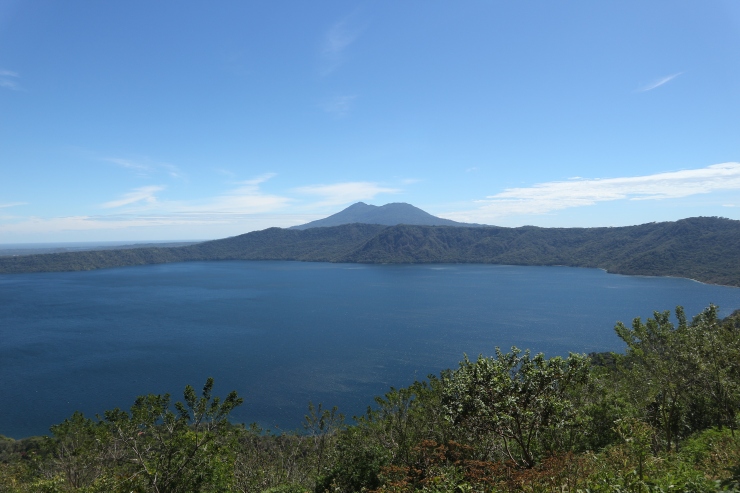 I found Ometepe to be a bit touristy to be honest. It’s nice, but it’s definitely leaning in to the tourist groups. When I got to Ometepe, I have to admit I have tour drain. We had done so many tours, of so many different places at that stage that I really just wanted to chill out in the sun. A hammock and a book in the sun for a day was just what the doctor ordered. There are volcano hikes that you can do, but some of us decided to go to Ojo de Agua which is a crystal clear watering hole that you can swim in. Again, some crowds there, but it’s a nice place to have a swim, mess on the rope swing, and just chill out. We did get a drink there and some people had food. Be warned, the service isn’t great there, they tried to charge us double for our drinks, which didn’t go down well! 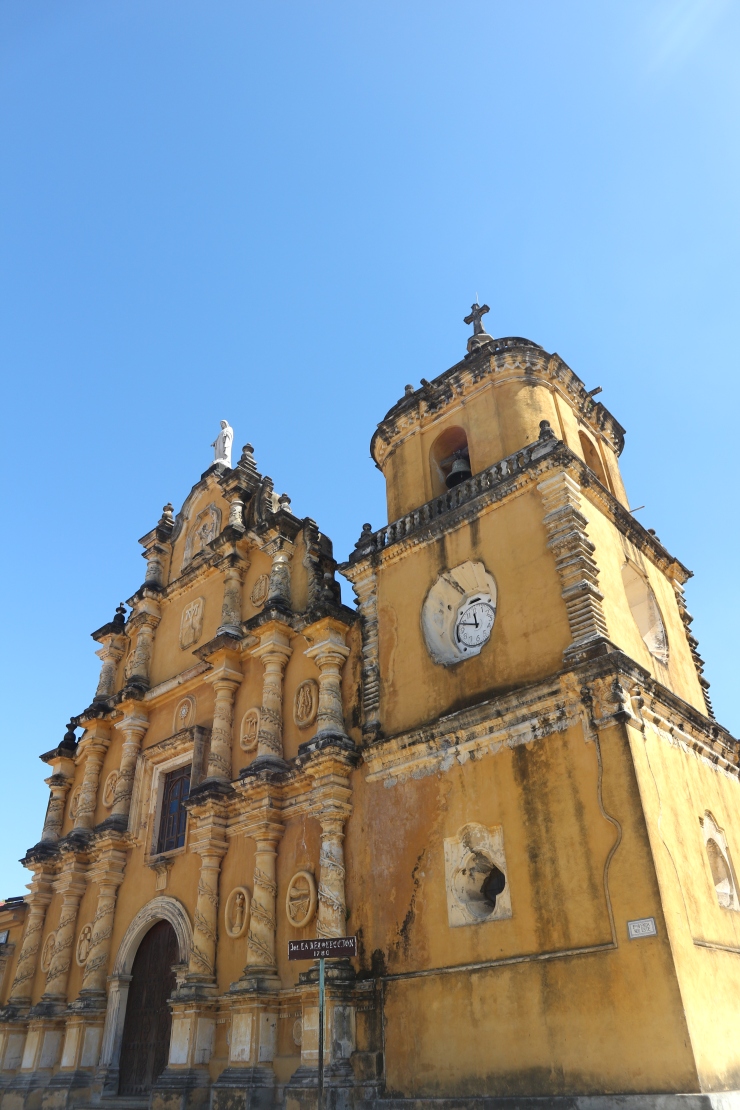 I think since getting back from Central America, I have told nearly everyone I know that they need to go there, and Nicaragua is a big part of that reason. It’s a stunning country, filled with architecture, activities, natural beauty and history. I could have happily spent many more weeks wandering around the country, going from town to town. I truly loved my time there and would happily go back in a heartbeat. I’m essentially a walking, talking promoter for Central American tourism now!