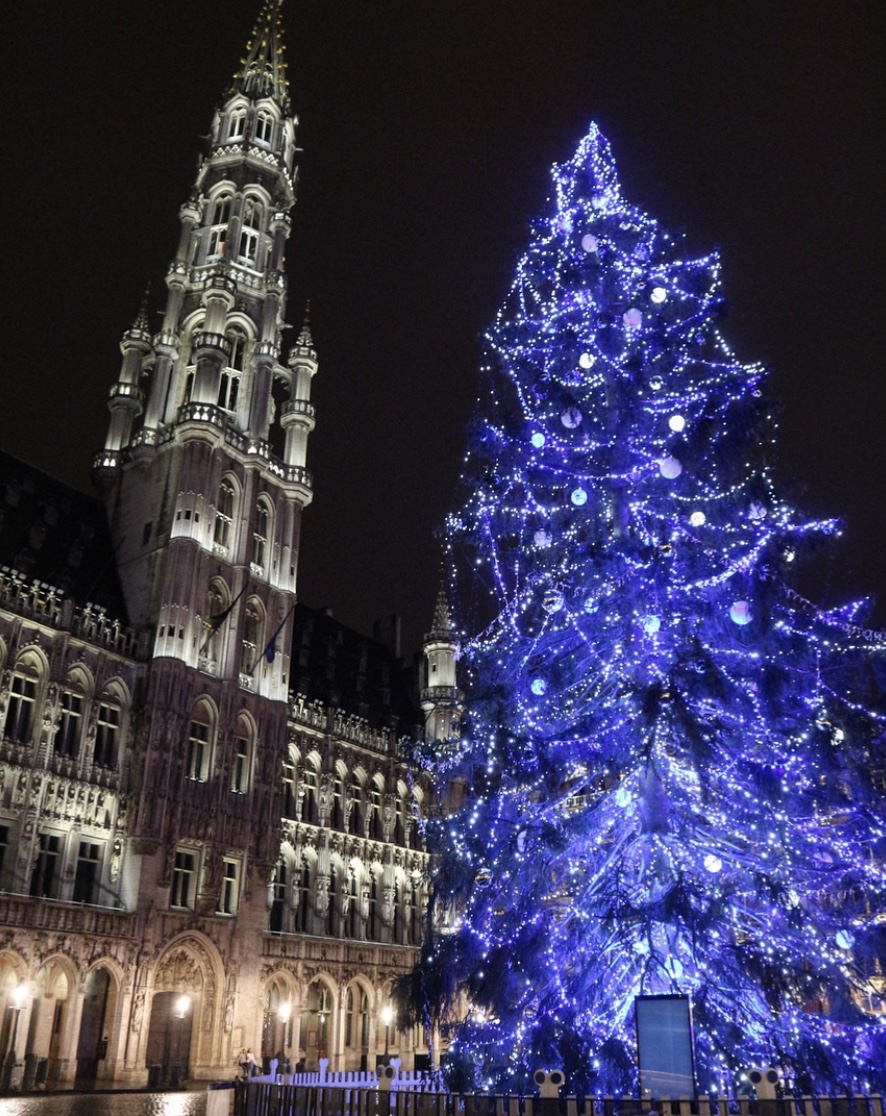 Brussels was a bit of a whirlwind. But let’s be honest, when are my trips not a total whirlwind?!

I’ve been to Belgium before, visiting a small city called Leuven back when I went to college in France. That was another whirlwind trip. I think we were there for one night, and if memory serves, we didn’t bother booking accommodation as we knew we’d be out all night and then getting early trains and flights. Needless to say I’ve changed significantly since then as I had to have a nap before going out to dinner in Brussels this time. Although I was awake since 4am to be fair. 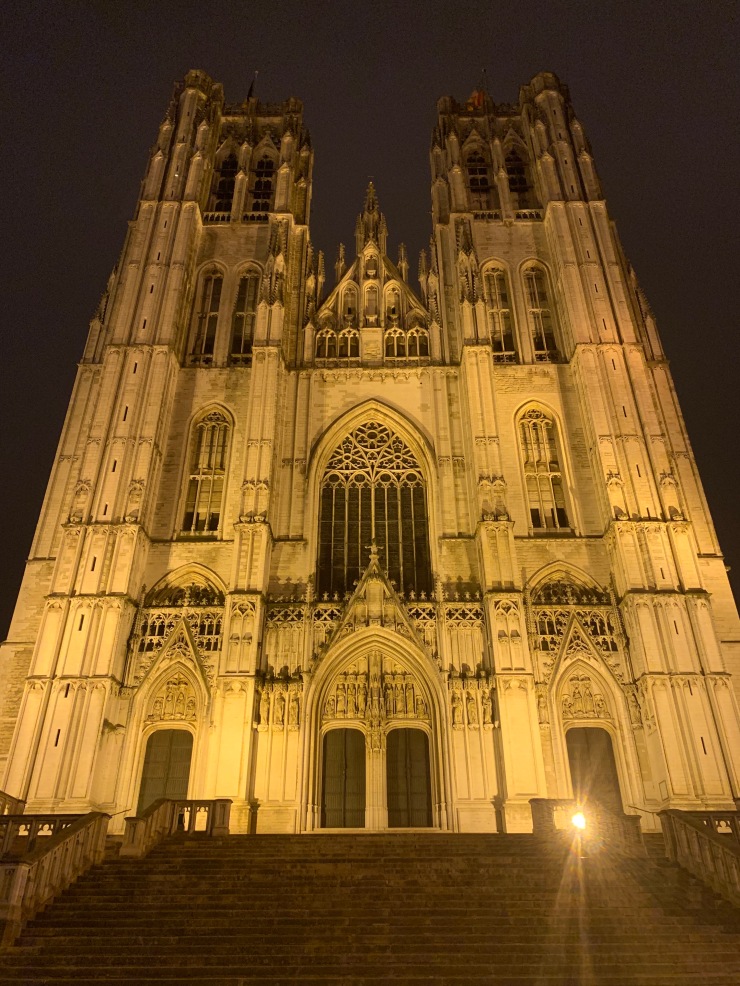 Brussels is a great city for a Christmas break. It’s about an hour and 20 minutes away from Dublin by plane, the climate isn’t too severe (no need for snow boots yet), and it’s filled with charm, lovely old buildings, and waffles. Below I’ll run through everything we did in Brussels to help you plan your trip. 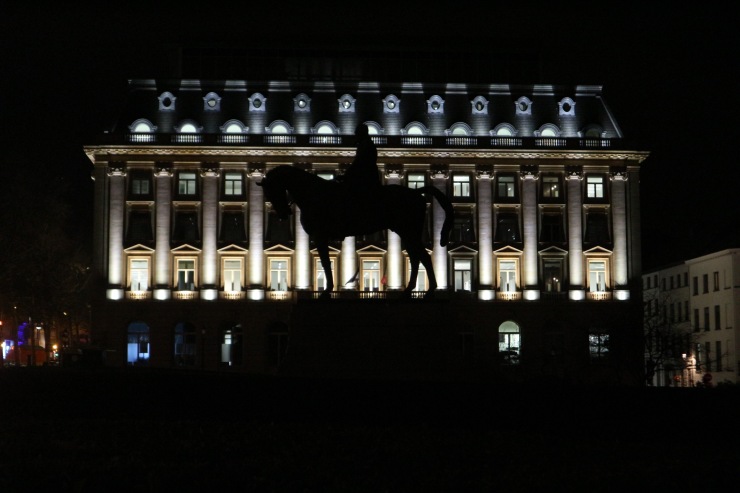 We stayed in Motel One located on Rue Royale. I’ve stayed in Motel One before in London. One thing you can guarantee about these hotels is that they’ll be in good locations. While Brussels is very walkable, it was nice to be so close to the Christmas markets, the Royal Palace and Grand Place. Very handy location, comfortable beds, and lots of little nooks and seating spaces in the lobby for a pre dinner drink or coffee when you get up.

There’s a lot of stunning architecture in Brussels, and with the festive Christmas lights all around, it makes it even more gorgeous to look at. One of my favourite places we went to was Grand Place at night. In the middle of the courtyard, there was a huge tree lit up, with all the incredible buildings lit up around it. Having gone back the next day in the day time, I can confirm that seeing it at night is a must. It’s still impressive during the day, but at night it’s next level. 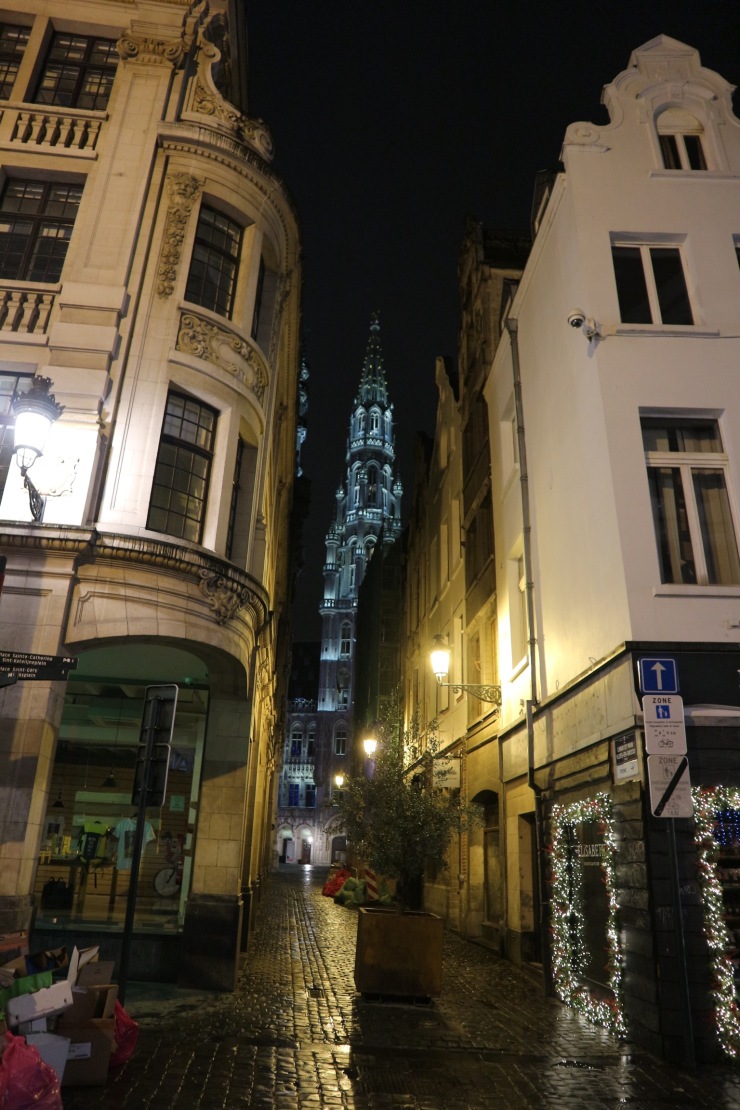 The Royal Palace is a really impressive building, with impeccable grounds and gardens. We didn’t go inside to see it, but it was still enjoyable to walk around. Parc de Bruxelles is just by the palace to the North East. In the winter it’s sightly grey looking as all the trees have lost their leaves. However, in the summer I can see it being a gorgeous location to wander around, or hang out in the sunshine.

Mont des Arts is an area designated to museums in the city. There are several museums close by, a cultural centre and library. It was really busy in that general area while we were there, lots of tourists milling around. But if you’re keen to go and see something specific or cultural, it’s a great spot to go to. 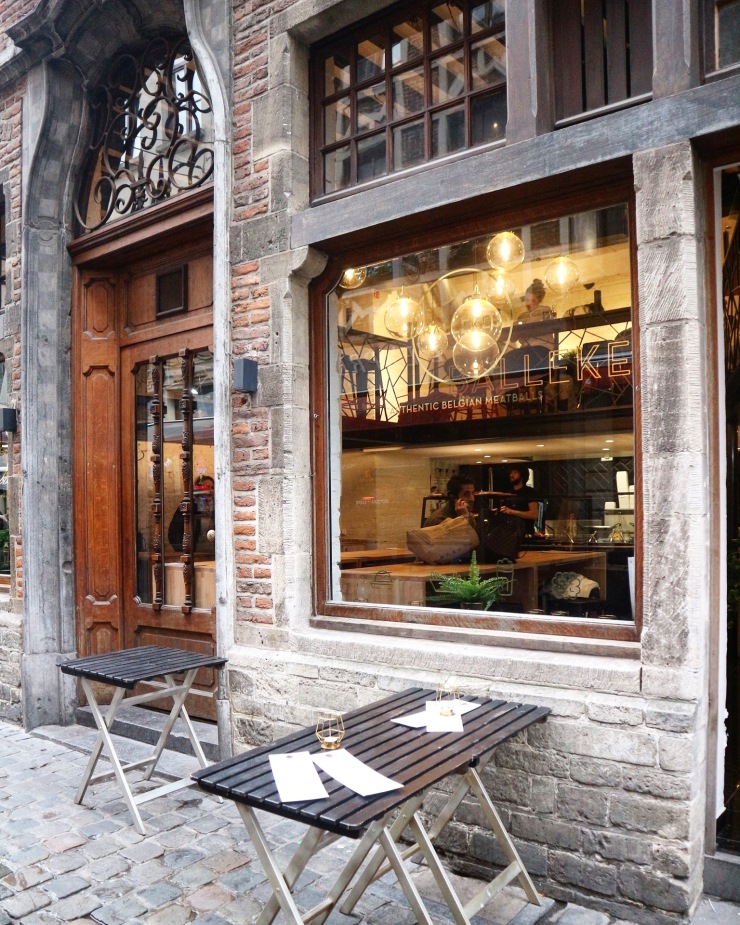 There’s lots of great places to eat in Brussels. My absolute favourite was Cafe Luxembourg. The setting. Oh my days it’s gorgeous. Perfect for any meal, or relaxed drinks, with the nicest staff. We arrived too late for breakfast, but grabbed delicious juices and I had the tastiest iced coffee I’ve had in a long time. As we were leaving, there were lots of people arriving for lunch. It’s clearly a popular spot! It’s located really close to the train station, which is handy if you’re heading to another destination. 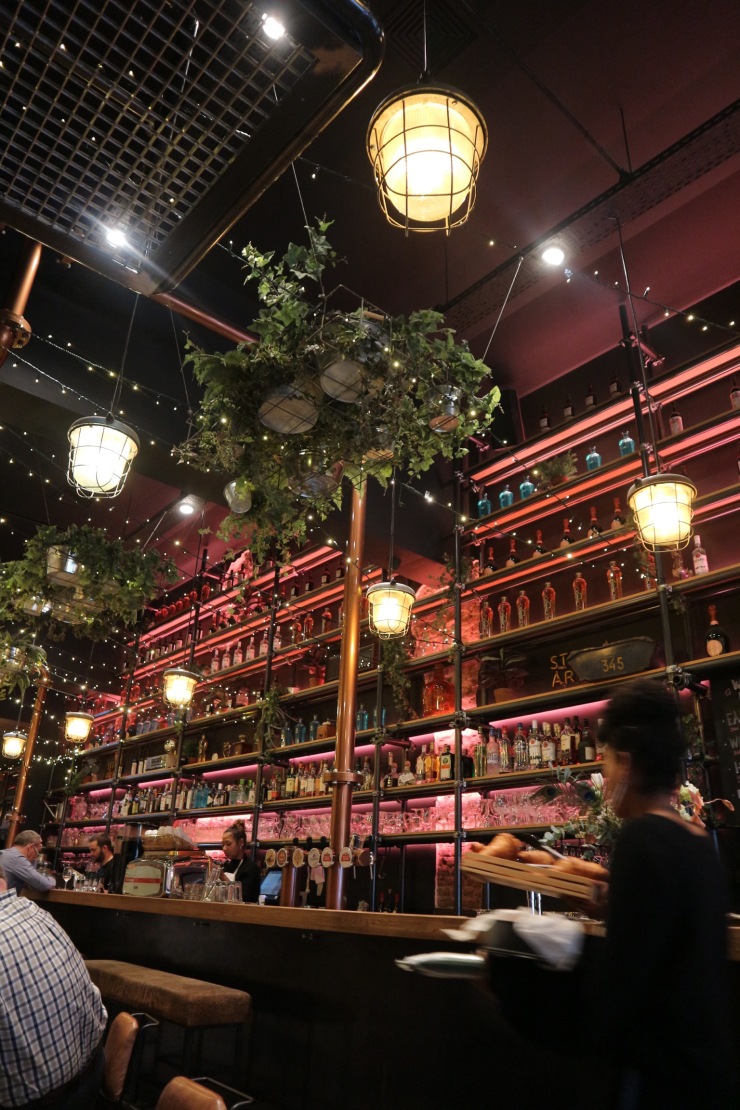 Fin de Siecle is another great spot that we stumbled upon for lunch. A real mix of food options, everything from vegan moussaka to Tandoori chicken to traditional Belgian food. All our food was really tasty however, and the restaurant itself is cosy and gorgeous, with high ceilings, stained glass windows and an incredible old school cash register.

The night we arrived, dinner was included in our trip at Leopold Hotel. There was literally one option on our set menu, which is generally my worst nightmare as someone who is a reformed picky eater, but still hates certain things. Luckily, our traditional beef stew was super tasty, and despite it being our second (and unfortunately for my cardiovascular health, not last) time eating fries that day, it was really enjoyable. 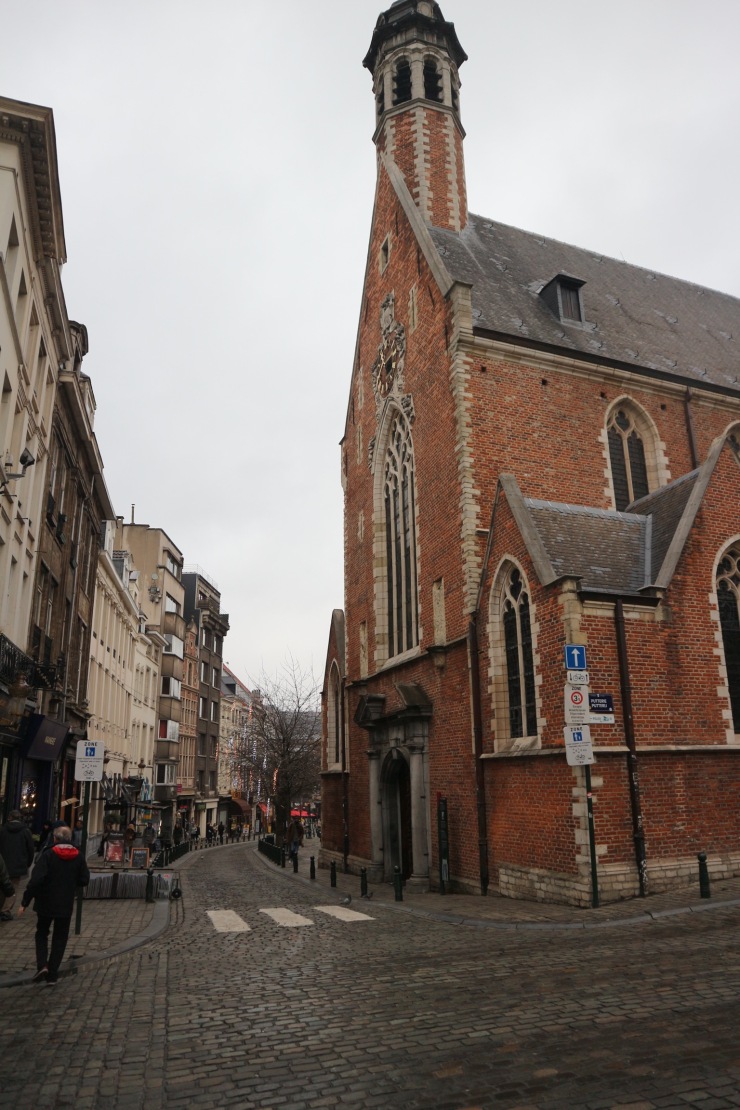 After wandering around the city until 3am, my mom was basically chanting the word ‘chips’ at us. She was determined. Nothing would placate her other than fries at that stage. So we hunted down what I believe are the nicest fries I’ve ever had. Yes, I was tipsy at that point, and yes, that clouds your judgement. However they were my third portion of fries that day, so that makes me somewhat of a connoisseur. I would like to say I could lead you to this holy land of fries, but I’m afraid I can’t remember where the hell it is. I’ve been on Google street view all morning. Searching. Scouring. I just can’t be 100% certain the one I think it is, is right. So I’ll just tell you this; it’s about a 3 minute walk or less from Delirium. God speed.

There were lots (and lots), of potential other places we could have eaten at. However, we were in Brussels for literally 36 hours, and there’s only so many fries a girl can eat. As always, I’ve saved lots of the food options that were recommended to me, to my Google Map, where you can check out and save my Brussels Map for future reference.

I’m not going to lie, I’m hazy on where we went to drink. Mostly because we had a guide bringing us around, so I never really stopped to get the names of places. Au Stoemelings was the first bar we visited after dinner. They were actually closing but opened back up for our group! We spent a few hours there just chatting and sipping on g&ts. It’s a really nice, chilled out bar. Certainly at 11pm on a Wednesday night anyway. 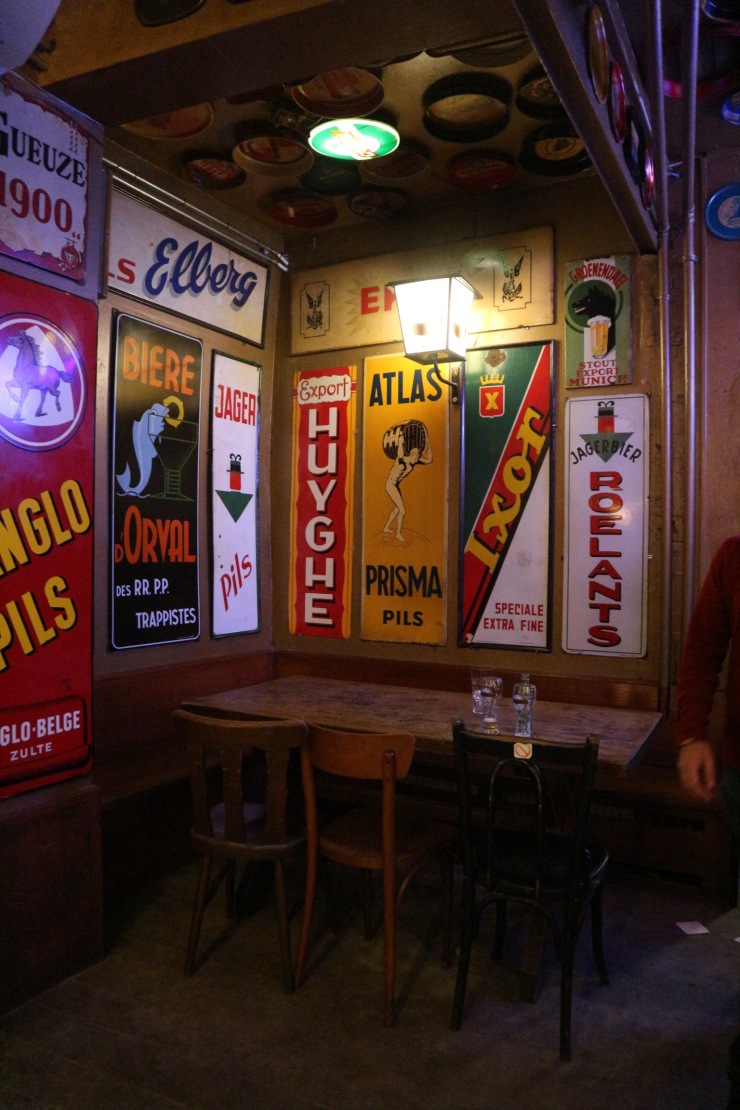 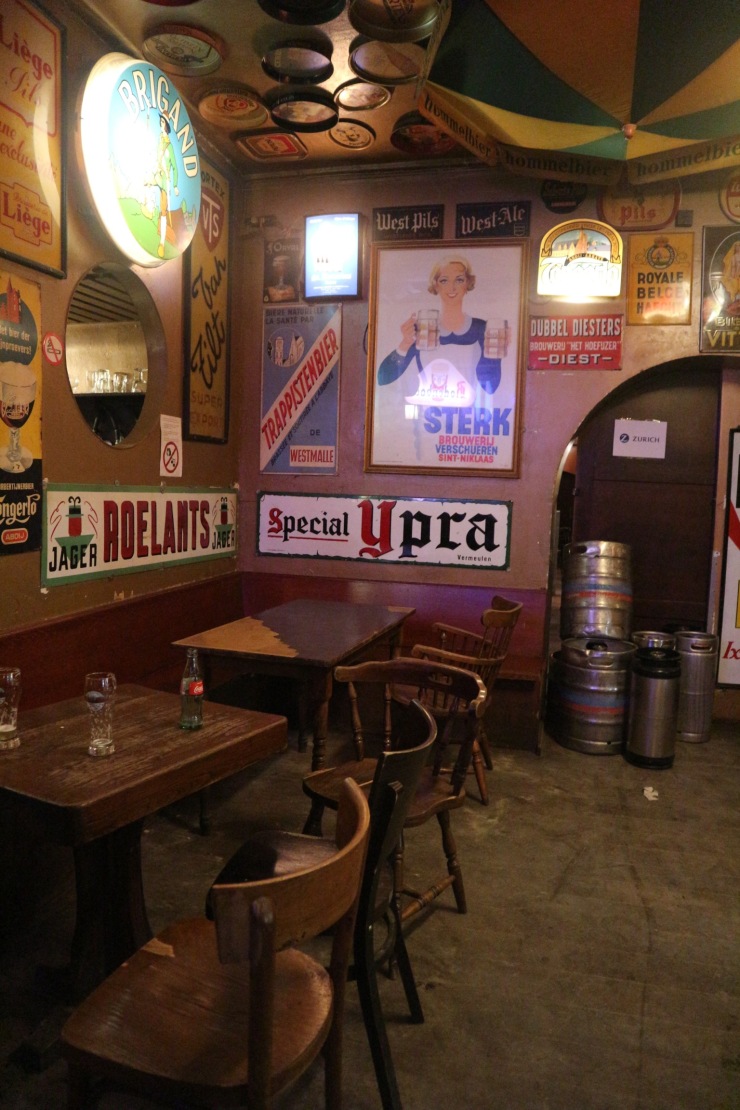 After that, we headed to another bar whose name I can’t remember at all. I probably wouldn’t recommend it anyway as the bartender was so rude. He told us we could only pay in cash as he thought the card machine wasn’t working, I asked could we try it in case before I went running around looking for an atm. When it worked he was so angry for literally no reason?! The he forgot the tonics for our g&ts, kind of an essential element, and got even more annoyed when I asked for them, despite me having already paid for them. It also took about 25 minutes, no joke, to get the round. So, maybe it’s best I can’t remember the name of it!

Afterwards, we headed to Delirium (yes, the one near the frites place that I can’t remember the name of). There appears to be a few Deliriums around, but we went to Delirium Cafe, not Little Delirium. It’s a nice spot, lots of interesting beers on tap, plus they were playing Redbone when we walked in so that’s automatically extra points.

Christmassy things to do 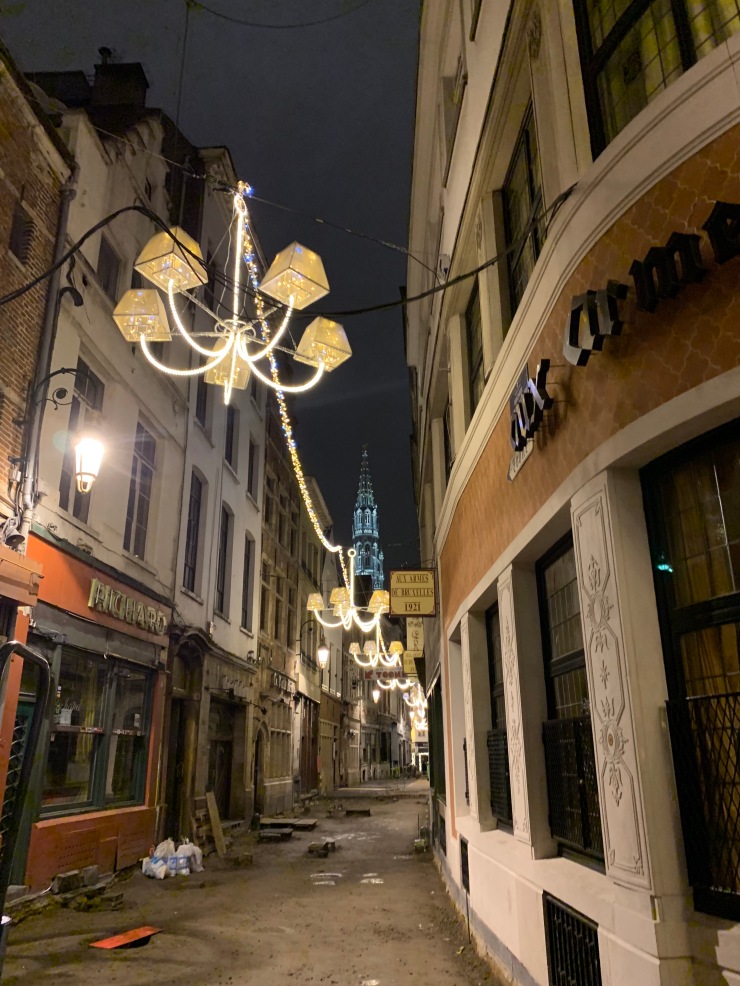 The lights in Brussels are so good! Now, I’m biased as I believe the Dublin ones are the nicest ones I’ve seen, which I still believe to be true. But the Brussels ones are lovely too. What I like is that each street has a different style of lights, which, aside from being nice to look at, is also really handy for getting around! Definitely grab yourself a hot chocolate from one of the many, many chocolatiers around the city, and have a wander looking at the lights.

I’ve already mentioned Grand Place and the Christmas tree, but I feel it’s worth mentioning again as it really is gorgeous at night. The huge tree in the middle of the stunning square really is a sight to behold. If you’re out until late, grab your frites and take a wander over. The place is deserted at 3am (I know from experience), so you’ll be able to enjoy it without lots of other people bumping into you. 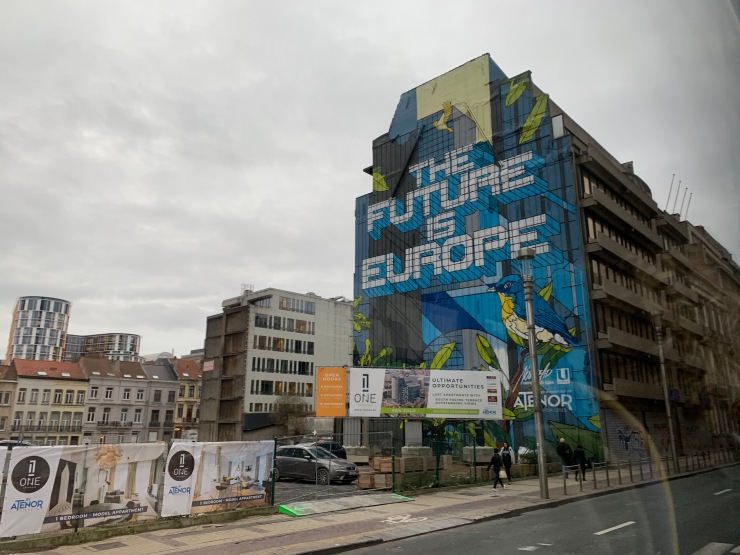 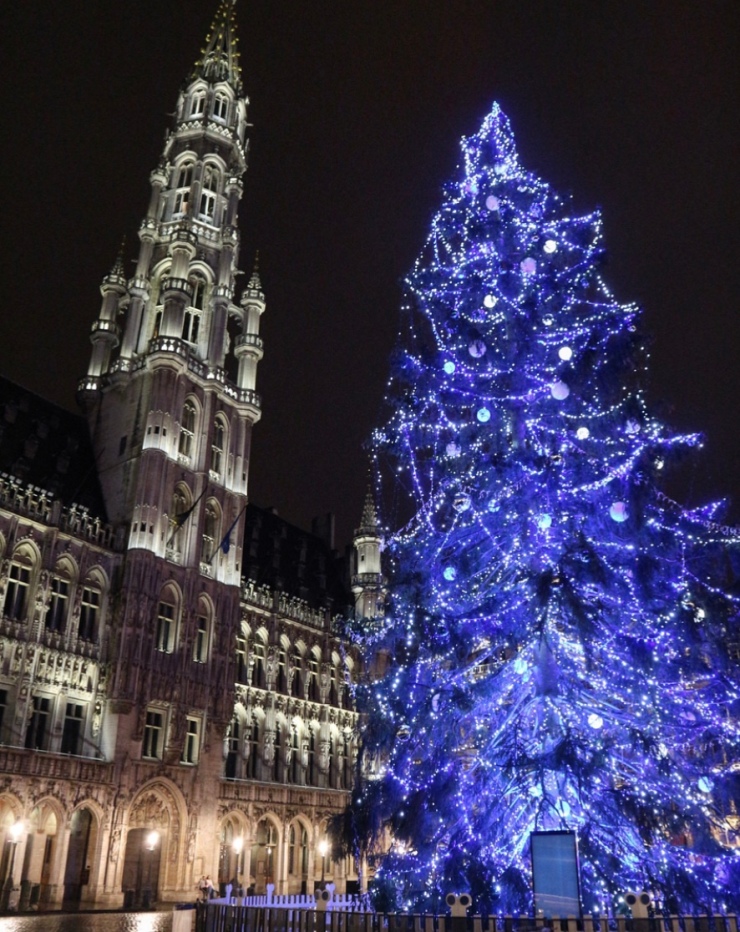 I loved Brussels and would definitely go again. It’s a great city, and perfect if you’re planning a quick city break. 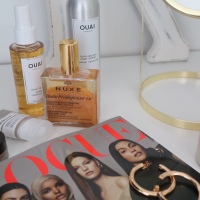 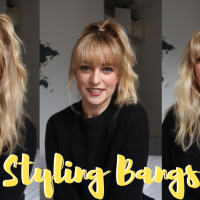 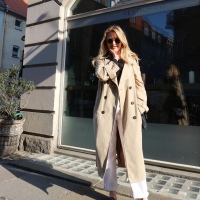 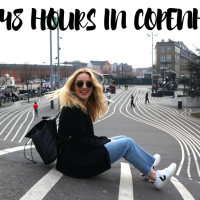 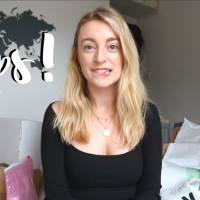 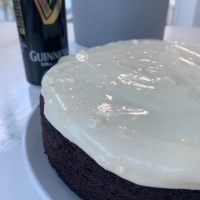 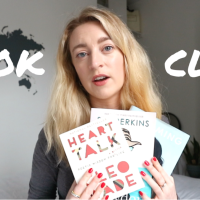 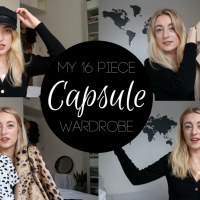 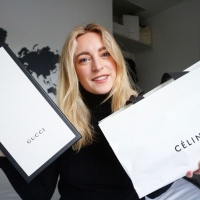