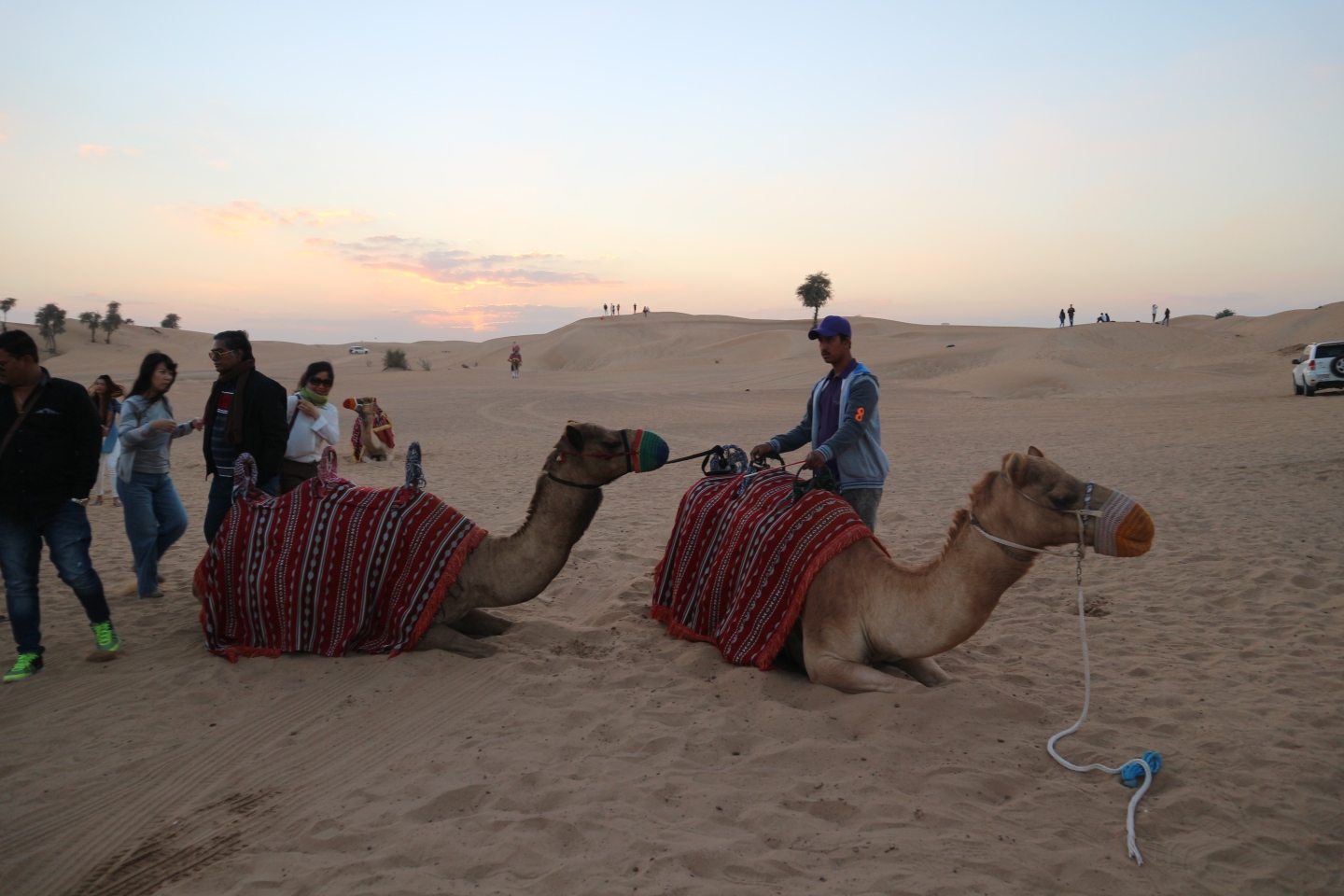 After South East Asia, Dubai was like stepping into another world.

Seriously. I felt like Harry Potter when he went to Diagon Alley for the first time. What is all this wealth and opulence?! Dubai is on another level. It’s turned into this glittering metropolis in the middle of the desert.

I was insanely tired by the time I got to Dubai. It was my 12th flight in about 6/7 weeks. I was sick and running on empty. And part of me was ready to be home for Christmas and all the madness that it brings. But, I was also really looking forward to spending time in Dubai. I’ve heard so much about it from so many different people over the last few years, I knew I needed to rally and enjoy my time there. 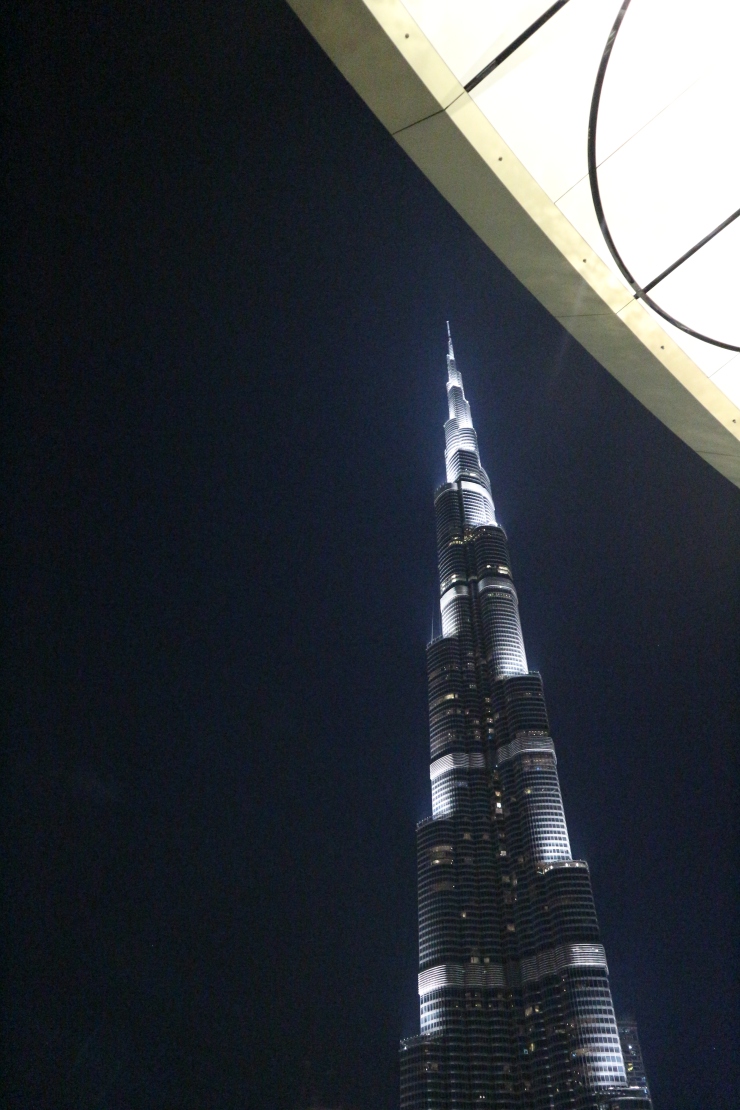 I arrived in the afternoon in Dubai, and after checking into my hotel and freshening up, I decided to go to the Dubai Mall. This place is like Disneyland. Seriously. Apparently it’s nearly 6 million square feet inside. Like, how are you supposed to get around it all?! I headed to the Apple store because my iPhone was on it’s last legs and I needed to figure out if it could be fixed or if I needed to get a new one. Shout out to my iPhone for rallying literally as I stepped foot into the Apple store and still hanging in there to this day. This is how I discovered that the Apple store balcony is a perfect place to watch the fountain show. You get a great view of the fountains, and the Burj Khalifa, as long as you go early. The fountain shows are every 30 minutes, so I recommend going to the show as people are leaving the previous one and snagging yourself a good spot. 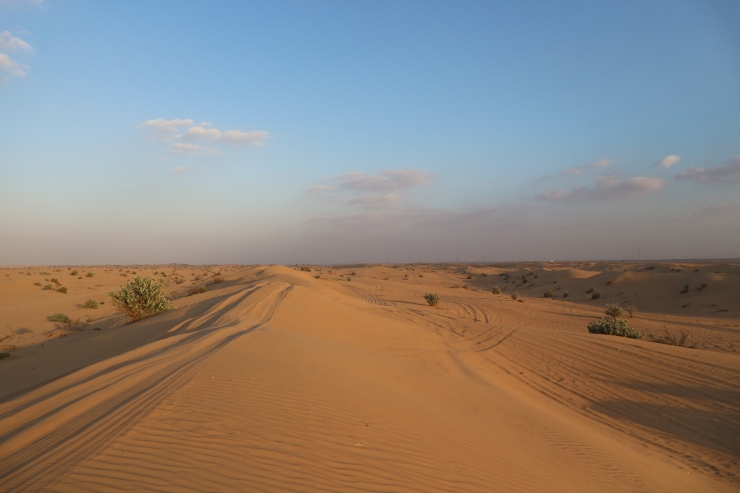 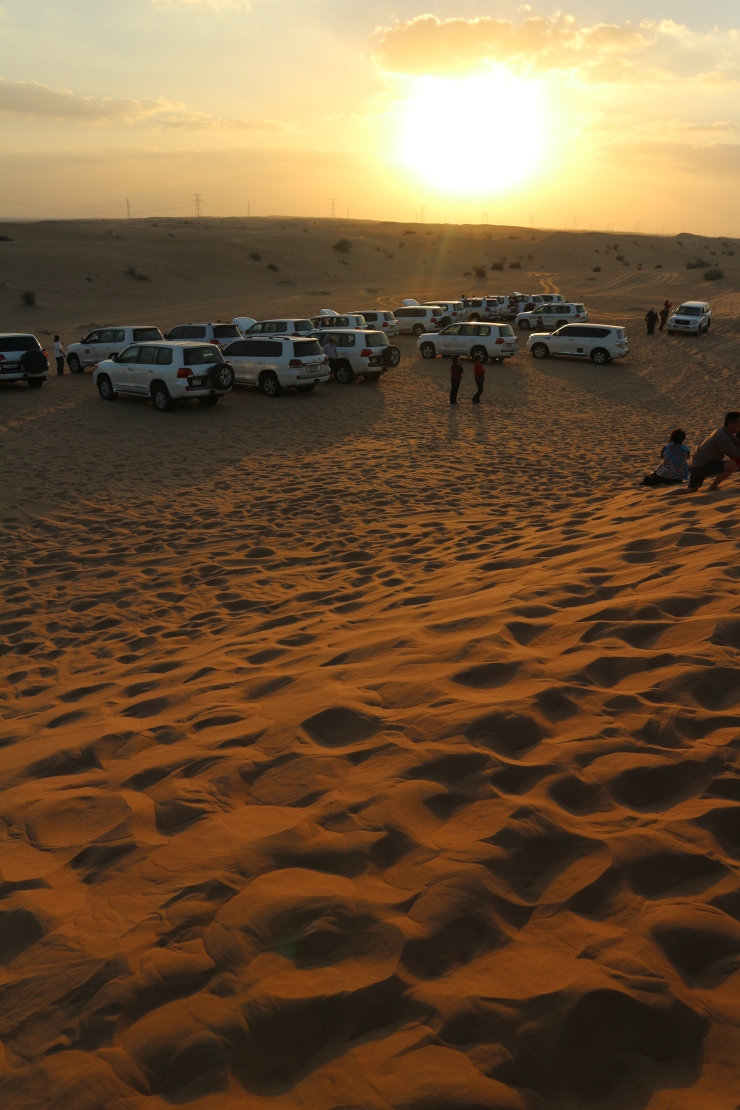 The next day, I had booked a 4×4 Desert Safari. Best recommendation here is to look around online. I found the same safari advertised at four different prices on different sites. Shop around and find a good price. I booked through Viator, and it cost $40.

The desert safari is definitely something I would recommend doing if you are in Dubai. I was collected at about 3pm from my hotel, which meant I had the morning to chill out and relax. Once I was picked up, we headed to another hotel where we picked up more people. Unfortunately no one in my car spoke English, and I don’t speak Chinese so that wasn’t ideal! 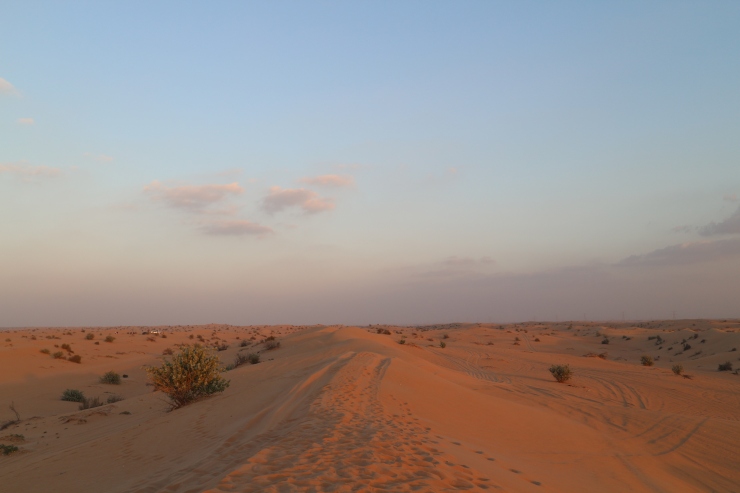 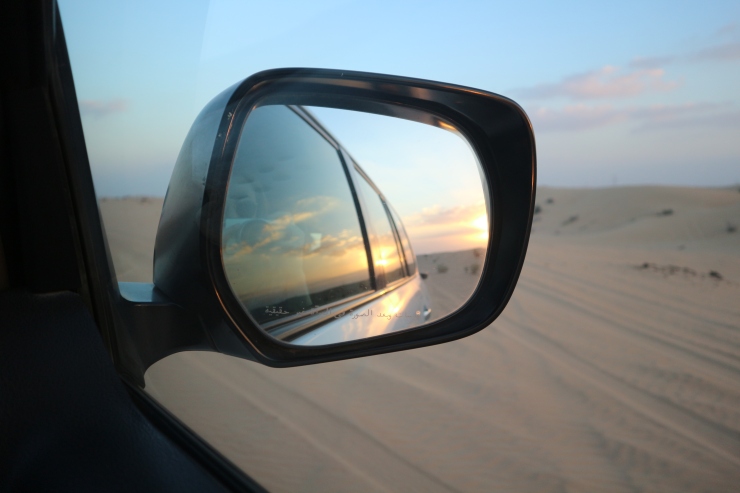 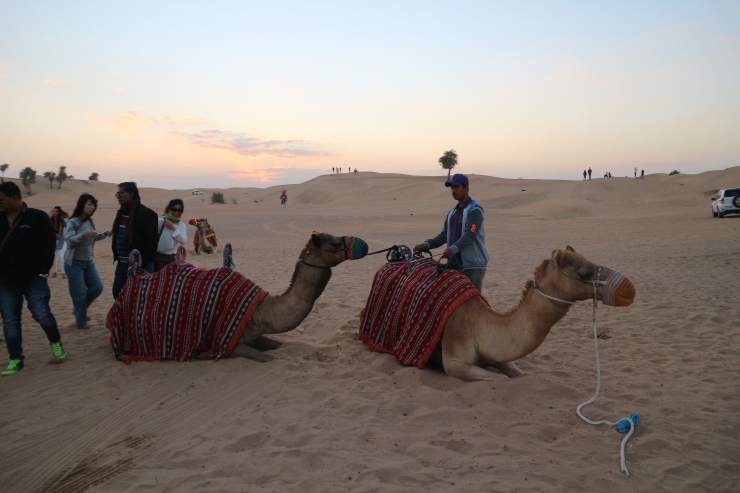 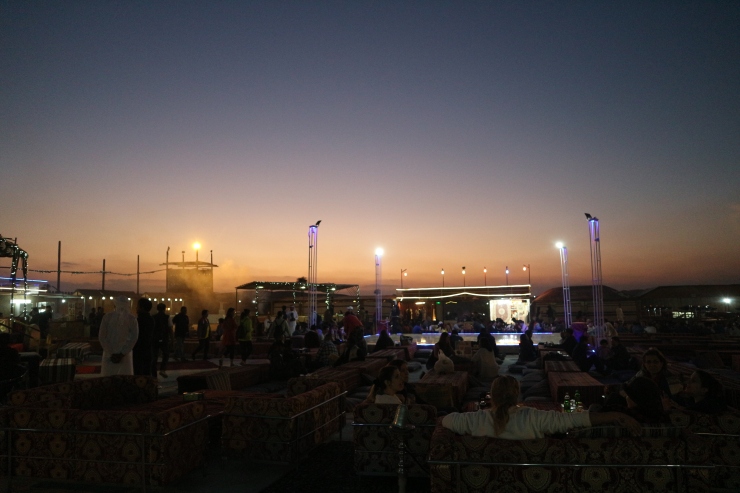 From there you drive for a bit into the desert, I’d say about an hour. After a pitstop to get the convoy together, we headed off into the dunes. Let me tell you, I didn’t think I was a nervous passenger. But oh. My. God. The video doesn’t do it justice in my eyes because that ride was terrifying. Sliding down dunes at speed at a 90 degree angle is an experience to say the least. I nearly had Chandler Bing claw hands afterwards from gripping the door so tight.

After a trip around the dunes, broken up by a fully fledged photo shoot, we arrived at the compound where there was camels that you could ride on, henna tattoos, quad biking, a stage set up for the show and dinner cooking away. I found a lovely group of people from the UK and the US and we sat down to such a good meal! Seriously the food was amazing! The show had a belly dancer, a guy who spun in a circle for literally 5 minutes, it was insane, and a lot of fire. Such good fun! 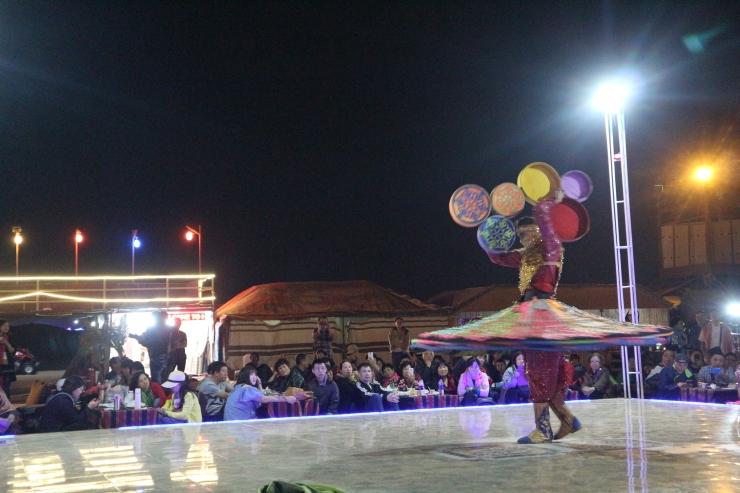 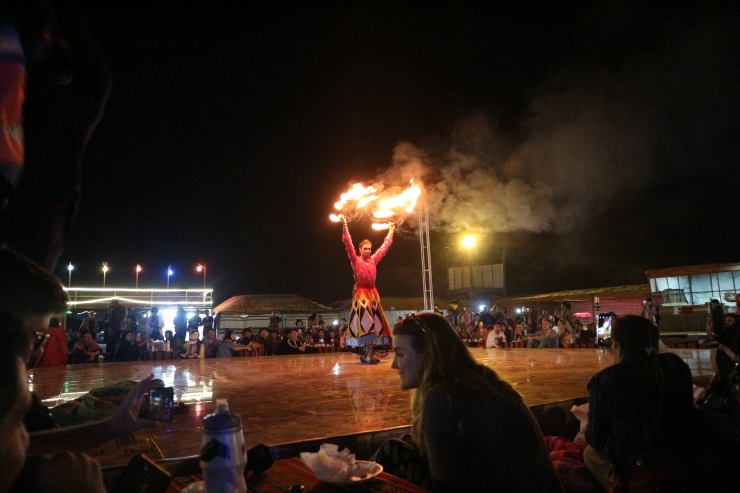 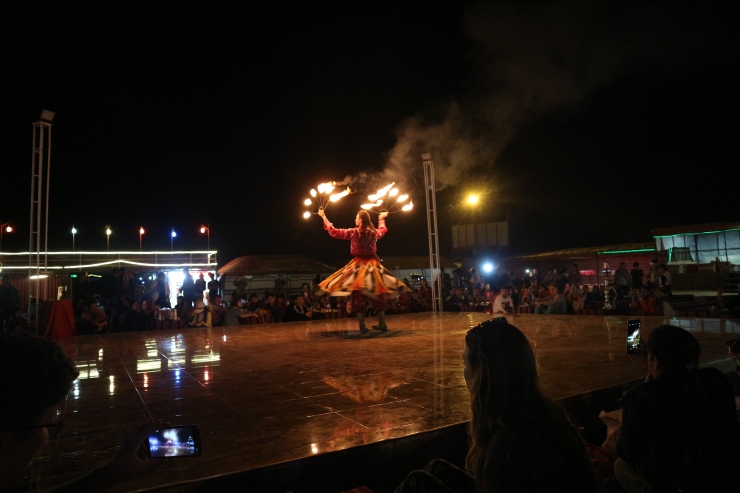 The next day was my final full day in Dubai and my last day of travelling before going home for Christmas. I walked to the Emirates Mall the next morning which was really close to my hotel. It was still an overwhelming mall, but definitely less intense than the Dubai Mall I went to two days previously. Once I had got all the random things I wanted to get (shout out to the ice cream scoop I still haven’t used), I headed back to my hotel to lounge by the pool for a few hours.

When looking up things to do in Dubai, I read an article about a show called La Perle. By all accounts it was supposed to be amazing, so I booked myself a ticket for my final night. As it was near Christmas, they were doing a festive deal, so tickets were about 15% cheaper than normal. I think I paid about $90 for my seat. So not a cheap show, but I would definitely recommend going. I went to Iris before the show for a glass of wine and some snacks. It wasn’t the best rooftop bar I’ve been to, one reason being that it wasn’t a rooftop bar at all, more the bar at the side of a hotel. But the staff were friendly, the wine was reasonable and it was close to where I was going for the show. 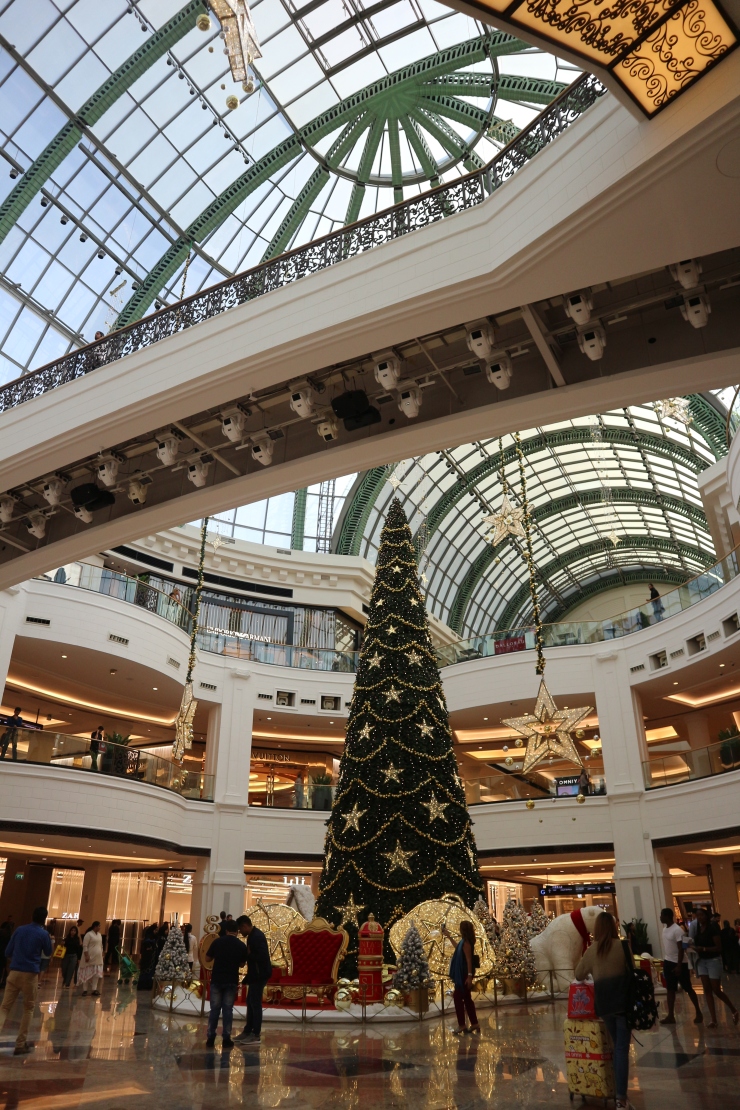 I think even if you’re not into shows or things like it, you will still enjoy La Perle. Now, if you were to ask me what the storyline is, I honestly wouldn’t be able to tell you. But, it really doesn’t matter. The tricks, acrobatics, stage production, everything is brilliant. There was a stunt with motorbikes that honestly had my jaw on the floor. It’s so entertaining. The time flew by! In my opinion, it was the perfect end to a brilliant trip. 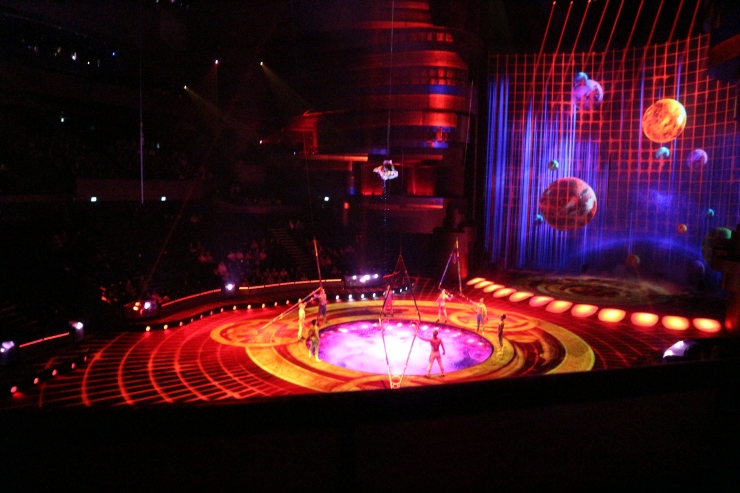 So that was my time in Dubai! I definitely think I would like to go back with a group and do more things like the pool parties, brunches, etc, but I still had a great time there! Would love to hear if you’ve been to Dubai and what your favourite part is!

There was an error retrieving images from Instagram. An attempt will be remade in a few minutes. 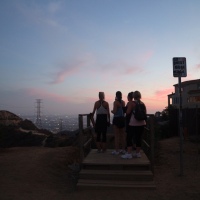 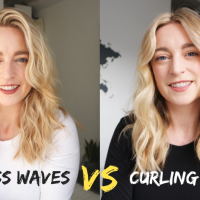